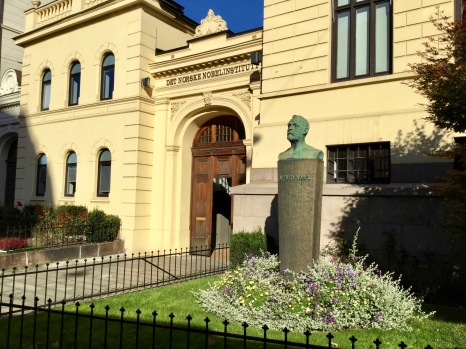 The Nobel Institute in Oslo, Norway

In other words, the very act of talking about nominating someone or claiming to be nominated for the prize may disqualify a candidate. Those who engage in such behavior are expressing an overt disregard for the established guidelines.

This year (2019), the committee received 301 nominations for the prize. The record was 376 individuals and organizations in 2016. You can learn more details about the nomination and decision-making processes here: https://www.nobelprize.org/nomination/peace/

The Norwegian Nobel Committee (as well as the related committees in Stockholm, which administer all awards other than the peace prize) follows strict guidelines in determining who is worthy of the annual honor. These derive from Alfred Nobel’s intentions, as outlined in his last will and testament. Contrary to what some may believe, the prize was not developed with long-standing institutions or powerful politicians in mind. Nobel wrote that the peace prize should go to “the person who shall have done the most or the best work for fraternity between nations, the abolition or reduction of standing armies, and for the holding and promotion of peace congresses.”

Over the years, committee members have argued for broader interpretations of Nobel’s mandate. Some have noted that today’s peacemakers are hardly carbon copies of the award’s first intended recipient, Bertha von Suttner, whose primary focus was ending war via global disarmament. (You can read more about the disputes that erupted when Suttner was overlooked for the first few prizes in my previous post, “The Red Cross Controversy.”) Even so, any world leader who is currently expanding military budgets and promoting new weapons programs is likely to be quickly and easily dismissed as the committee prepares its short list and discusses the finalists. 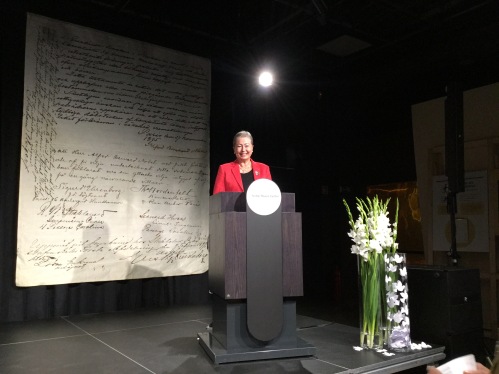 Finally, it’s worth noting that the Nobel Peace Prize Committee prefers the word “laureate,” not “winner,” to describe the recipients. The award, after all, is an honor, not part of a competition, despite what many would-be medalists may believe. When asked about other contenders for the prize in 2016, Kaci Five, then chairperson of the Peace Prize Committee (and, sadly, deceased now), kindly refused to name or discuss them. “The award is intended to focus attention solely on this year’s laureate,” she replied before once again citing the statutes: “Investigations and opinions concerning the award of a prize may not be divulged until at least fifty years have elapsed.”

No matter what the committee’s final decision may be, we might all benefit from asking ourselves this related question: What have I done recently to promote the cause of peace in my part of the world?