A surprise gift from Graz: A replica of a new bust was delivered to the Bertha von Suttner Peace-Institute in The Hague

On June 8th and 9th, dozens of peace-lovers from around the world gathered in The Hague to celebrate Bertha von Suttner’s 175th birthday and her enduring legacy. Following a day of presentations at the Bertha von Suttner Peace-Institute and an evening recalling Korea’s controversial presence at the 1907 Hague peace conference, the group gathered at the nearby Peace Palace for more formal tributes.

During the morning, historian Peter van den Dungen invoked the spirit of Bertha’s many friends and fellow pacifists in a tour of the Peace Palace and a subsequent lecture in the historic reading room. In the afternoon, Dr. Heinz Fischer, former president of Austria, and Marzhan Nurzhan of the International Committee to Abolish Nuclear Weapons (ICAN, the recipients of last year’s Nobel Peace Prize), addressed the attendees and emphasized connections between the peace movements of the past and the present. During a reception, Bertha herself (as portrayed by actress Anita Zieher of Austria) joined the group for cake and champagne as well as an informative and entertaining interview with Dr. Susanne Jalka of Austria. 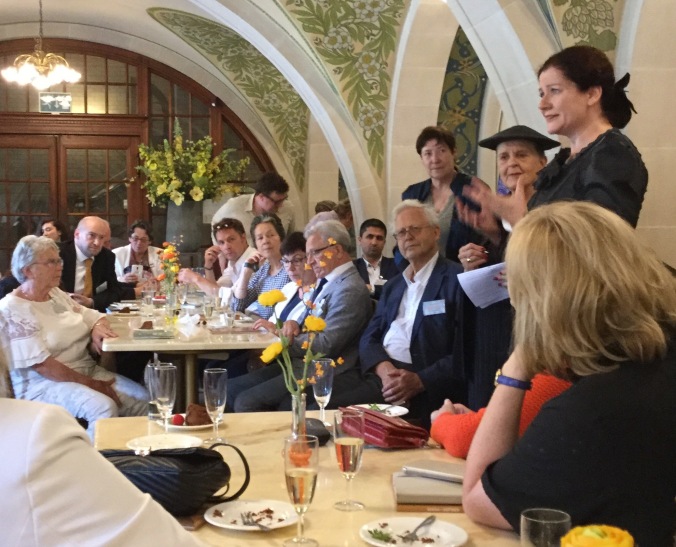 For Bertha and her colleagues, the 1899 and 1907 conferences in The Hague laid the foundation for the impressive Peace Palace, both figuratively and literally. With major funding for its construction from the American industrialist Andrew Carnegie, the building provided a permanent home for the newly formed Permanent Court of Arbitration and the International Criminal Court. Carnegie had become one of Bertha von Suttner’s most prominent supporters following the death of Alfred Nobel. For many activists today, the Peace Palace embodies both the strength of her convictions and the beauty of her idealistic vision.

You can learn more about the Peace Palace here: https://www.vredespaleis.nl/?lang=en

Bertha von Suttner arrives at the opening of the Peace Palace in 1913.

A few other images from the weekend’s events:

Morning reception at the Peace Palace 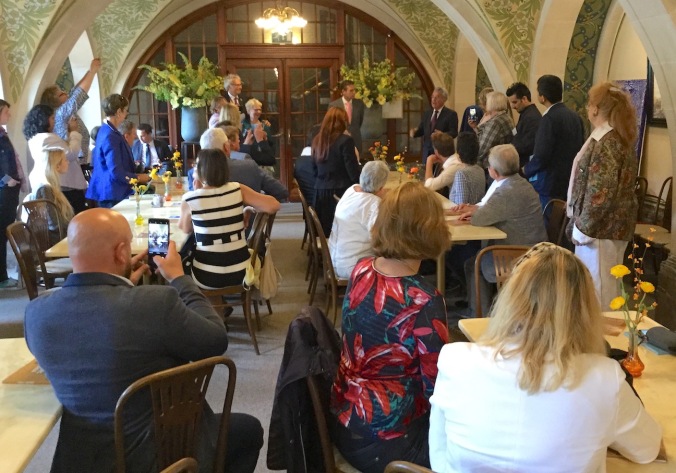 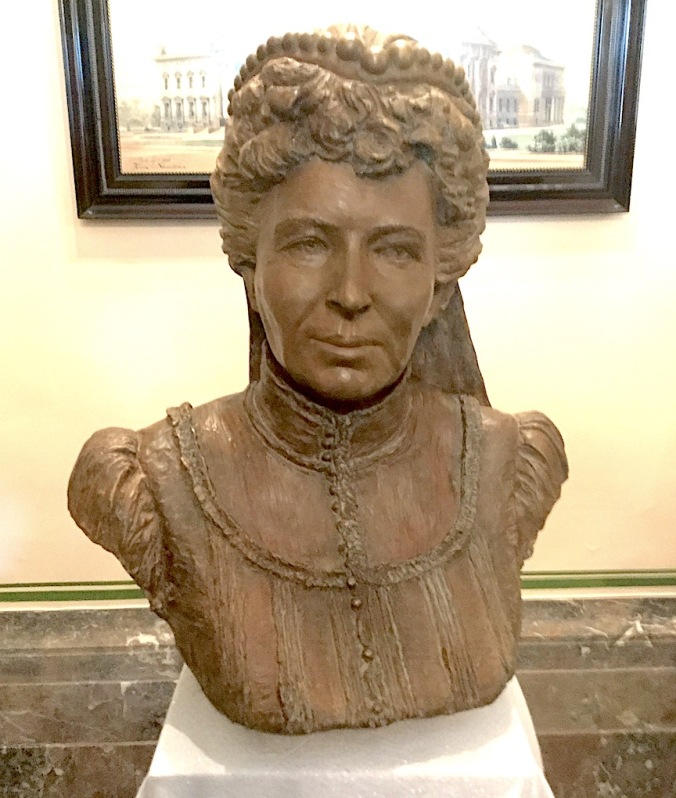 The new bust of Bertha von Suttner, created by Lia Krol of The Netherlands 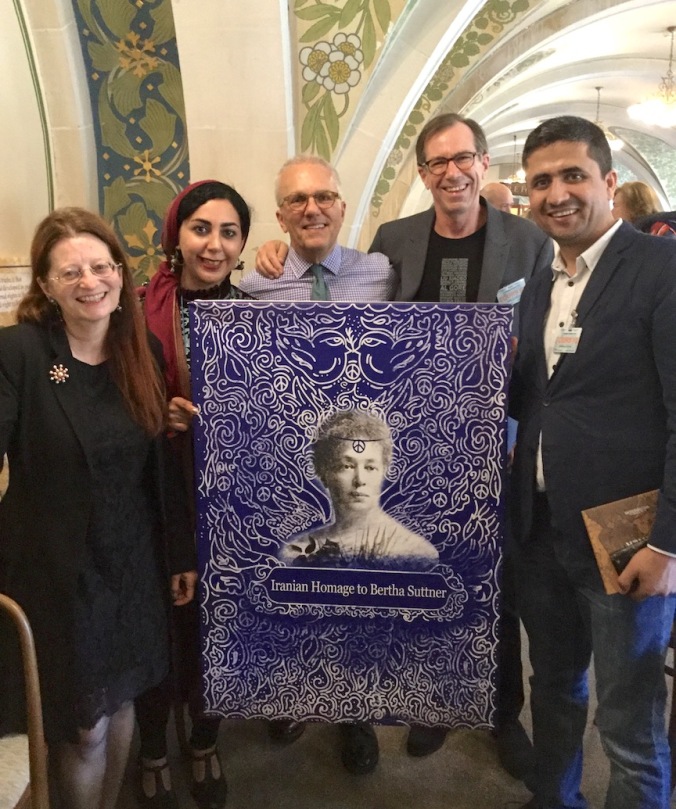 Verdiana Grossi of Switzerland, Behnaz Manfared of Iran, Maynard Yost and Hugh Coyle of the United States of America, and Dr. Ali Ahmad of Austria display one of Behnaz’s posters to promote peace in Iran.