“The Greatest Benefit to Humankind”

Described by his friend Victor Hugo as “Europe’s richest vagabond,” Alfred Nobel was haunted by grief and guilt after a grisly explosives accident killed his younger brother. He would later go on to fund the world-famous Peace Prize with money earned from the invention and production of dynamite, much of it sold for military purposes. Urging him on was the eventual first female recipient of the award, the internationally popular author and leading pacifist Bertha von Suttner, who had once been his personal secretary.

The novel Peace at Last dramatizes the sometimes contentious but always respectful and loving friendship between these two self-described idealists, culminating in the creation of a legacy that might confer, in the words of Nobel’s last will and testament, “the greatest benefit to humankind.”

Both Alfred and Bertha firmly believed in world peace. Even so, they approached that goal with dramatically conflicting philosophies. Alfred once said, “I wish I could invent a substance or machine capable of such frightful and whole-scale destruction that wars would become altogether impossible.” Bertha’s persistent message was more urgent and direct: “Disarm!”

The complexities of both characters and the turbulent times in which they lived provide a rich and rewarding opportunity for fictional treatment, especially as many details and questions about both their lives have remained either unanswered or unaddressed for over a century. 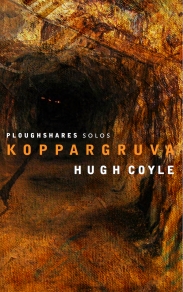 You can now read “Koppargruva,” an advance chapter from the novel, in digital format as part of the Ploughshares “Solos” series. The title is available directly from the Ploughshares Web site as well as via Kindle, Apple’s iBooks, and Kobo, where new customers often receive an instant $5 credit. (You could add Bertha von Suttner’s Lay Down Your Arms to your cart for just $2.99 more and still have two cents credit toward another title!) An Audible version is also available on Amazon.com.

“Koppargruva” also appears as part of the Ploughshares Solos, Volume 5 anthology (print and digital formats), published in the fall of 2017.

A second advance chapter, “The Iron Tower,” appears in Volume 41, Number 2 (the Summer, 2020 edition) of the New England Review.

A portion of the work on Peace at Last has been made possible by a generous grant from the Vermont Arts Council.